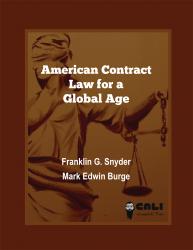 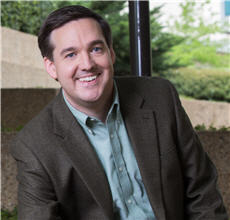 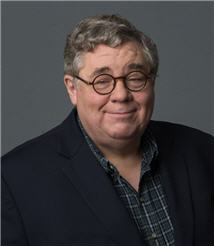 American Contract Law for a Global Age by Franklin G. Snyder and Mark Edwin Burge of Texas A&M University School of Law is a casebook designed primarily for the first-year Contracts course as it is taught in American law schools, but is configured so as to be usable either as a primary text or a supplement in any upper-level U.S. or foreign class that seeks to introduce American contract law to students.  As an eLangdell text, it offers maximum flexibility for students to read either in hard copy or electronic format on most electronic devices.

Why “American” Contract Law? Nearly all American contract law texts focus on U.S. law. This volume simply makes that focus explicit.  Modern American lawyers face an increasingly global world, and the book makes it clear that American law is not the only important commercial law regime in the world.  But much of the value that the cosmopolitan and transnational American-trained lawyer brings to the table is an understanding of the contract law of the United States. To this end, the venerable English cases that exemplify common law doctrine are here presented not in their hoary 19th century settings. but in the 21st century forms that students can intuitively grasp.

Convenient Unit Structure. An important feature of this book is that it is divided into twenty-eight units (spread among nine chapters), each of which is structured in the same order: (1) The “Focus of This Unit” section provides background information and suggestions about what students might want to watch out for with respect to the materials that follow. (2) The “Cases and Materials” section includes the key materials—cases, statutes, and (occasionally) secondary materials—that the students will study. This section also includes pointed “Review Questions” after each case designed to help students figure out the relevance of what they just read. (3) Finally, the “Problems” section is where (after the introductory units) students are given at least three substantial problems, the answers to which (or arguments to be made about each) can be found in the Cases and Materials.

Flexible Use of Problems. After the two introductory units of the first chapter, every unit has at least three problems at the end of the unit. All the problems are substantial enough that, if desired, an entire class period could conceivably be devoted to nothing but working through them in detail. The problems can, however, just as easily be ignored by a case-driven professor, or used as a source of further discussion at the end of class. The materials are designed to provide flexibility.

Starting with a Contract. A common complaint among contracts professors (and students) is the degree to which the Contracts class—the doctrinal cornerstone of transactional law practice—unduly emphasizes litigation. This book seeks to ameliorate this problem from the very beginning by starting not with a case, but with a contract itself. The first two units of this book deal with a single contract: the surrogacy agreement between William Stern and Mary Beth and Richard Whitehead that formed the basis of New Jersey courts’ In re Baby M opinions both upholding and striking down the contract.[1] The opinions touch on nearly every issue that students will see in upcoming chapters: capacity, consideration, formation, defenses, public policy, and remedies. This book goes one step ahead of the opinions, however, by starting with the contract itself, emphasizing the parties’ agreement and forward-thinking transactional perspectives rather than merely a post-mortem on what went wrong.

UCC and CISG Approach. American Contract Law reflects the importance of introducing students to both the Uniform Commercial Code and the United Nations Convention on the International Sale of Goods, even in a more-concise four-credit course. The book takes the slightly unusual step postponing the introduction of the UCC and CISG until Unit 10, after the students have gained some grounding in the common law. This approach provides a solid comparative contract law experience for the students while not overwhelming them in the earliest days of the course. After that point, UCC and CISG references are included throughout the materials. Instructors can chose to emphasize or minimize the UCC and CISG materials to whatever extent they find appropriate.

Optional Rule Supplement Use. Many of the cases and materials in American Contract Law also refer to the Restatement (Second) of Contracts in addition to the UCC and CISG. The materials are flexible enough to use with or without such a supplement so long as the instructor is clear on his or her expectations in use of such resources.

Worldwide Availability. While the eLangdell project in general, and this book in particular, have been primarily designed for classes taught in law schools in the United States, the authors hope that these materials can and will be used globally. Given the increasing import of international business and the ongoing importance of the United States as a trading partner, institutions outside the U.S. may find a basic survey course in American contract law to be useful, and this text is both economical and suitable for such use.

A Teacher's Manual is planned and should be available in 2018. Faculty can use their CALI credentials to login and download the manual.

A print version will be available in early January 2018.