This exercise deals with attack and support of the character of parties, victims, and witnesses; the use of reputation and opinion testimony as character evidence; and the admissibility of other crimes, wrongs, or acts as evidence falling outside the general ban on character evidence.

Part of the exercise is a simulated trial in which students are asked to decide whether to object to certain questions asked on direct or cross-examination. In a subsequent section, students play the role of judge and rule on objections. Other sections of the exercise require students to respond to questions about factual hypotheticals. 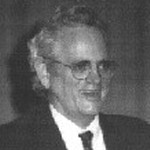